· Registered
2020 Dragster RR
Joined Jun 10, 2021
·
41 Posts
Hello fellow rear brake friends!
I do not claim to be a brake expert by any means. Read all 14 pages and I am only reporting, what I have done and has worked for me.
First, I have a 2011 Ducati Multistrada (from new and still own) and yes everyone on that board has rolled down the same exact issues as this forum. I tried every known "repair/enhancement" suggested here for our brand, on the Multi.

But what finally worked on that bike, I have applied here with great success. Since then (my Ducati rear brake) I have never had a long/soft rear brake on the Multi.
Hopefully, time will prove to be the same on the Dragster.

I have under 1500 miles on my 2020 Dragster. Was on a canyon run out of Santa Barbara, the rear went long, when I needed it... Came home and started following the new bleed procedure. The first step, bleeding MC2 at ABS at the factory bleed nipple, I was getting foamed fluid. That was quite a surprize and I thought either contamination or as suggested here air leaks.

I did a complete flush with Motul 600 RBF exactly following the Tech Bulletin 189 Rev. 1.
Went out and did the 5 ABS activation, hard brake pedal, passed the weight test.
I then ordered parts from Spiegler (to match the Multi).

Parts arrived and I installed all.
Replaced MC2 washers with aluminum. Replaced R Banjo bolt, with one that has a bleeder. Used aluminum washers on R also.


Now what I found - I started the brake flush.
Rear master to ABS (MC2) no air, good fluid through factory bleed nipple.
Per the bulletin you would crack the R line. Not very neat or ability to see what is going on.

I now bleed, MC2 to R (through the new R nipple) effectively bleeding the ABS - I got quite a bit of bubbled fluid. The only place those bubbles could be from was the ABS circuit. Continued flushing until I got good fluid flow.
Last step bleed inverted caliper. no air, good fluid.
ABS activation and pedal remains hard.

I believe the air trapped in the ABS gets missed bleeding from MC2 to (crack the R line) as your unable to really determine if you have all the air bubbles out. Same exact repair as my Multi. Bleed the ABS unit, better...(this is also the highest point in the system). Also you do not violate the crush washers (crack the R line), by bleeding through the new R nipple. As mentioned in the pages, washers are a possible air leak source.
A few parts from Spiegler (or any vendor you chose) and my rear has been great.

· Registered
Joined Mar 11, 2014
·
714 Posts
The ABS bleed fitting is a reasonable band-aid on a Brutale.
But on a Turismo the ABS unit is buried behind the fairing, under the head light.

· Registered
2020 Dragster RR
Joined Jun 10, 2021
·
41 Posts
I agree that room is needed, and on the Brutale and Dragster this allows for an easy fix. I did make a small hole in the seat base, to allow the fitting a little room (Also had to make same seat mod on Multi) I would not call it a band-aid though… As of 2020 on, MV identified a problem/addition adding a bleeder screw to the MC2 line (on Dragster anyways).
My initial thought was, If I did not have the room. I could get a new brake line (R line - ABS to rear caliper) made with a bleeder in the banjo end matching the MC2 line, just like MV has done.

Yes, a cross platform problem. But I think the solution remains the same. Just how to accomplish on your specific model.
I wouldn’t want to have to remove all the body parts to bleed a brake system. Sympathy to that. But my position was, it worked (on Multi) hopefully again on my Dragster and will reduce the need for frequent bleeds.

· Registered
Joined Dec 2, 2012
·
689 Posts
Since I replaced the washers by aluminium ones I got no problems on both my Italian bikes

· Registered
Joined 10 mo ago
·
18 Posts
I have removed the reservoir and run a tube next to the ABS module. I've done the bleeding according to mv agusta. Bleed at the abs and then at the caliper with the caliper upside down. Let's see how it goes, I've ordered banjo with nipple for abs and when I do that I'll replace all the washers. Hope for the best

· Registered
Turismo Veloce Rosso EAS -20
Joined Sep 24, 2020
·
50 Posts
Some update, what learnt. I tried to use "weight on pedal" over the winter time but...It didn't work. Air found the way into system. Since early summer, I did quick bleeding and recovered brake back to normal. Since then, I have activated ABS every time running with bike and so far so good, pedal is still firm as it should be. Let's see how things will proceed during the wintertime.

EkiHoo said:
Some update, what learnt. I tried to use "weight on pedal" over the winter time but...It didn't work. Air found the way into system. Since early summer, I did quick bleeding and recovered brake back to normal. Since then, I have activated ABS every time running with bike and so far so good, pedal is still firm as it should be. Let's see how things will proceed during the wintertime.
Click to expand...

Interesting... could it BE that easy?

· Registered
Joined 10 mo ago
·
18 Posts
so a week later the brake lever is still firm and the brake is working. Although it does not feel very powerfull , but it can cause the ABS to engage even without helping with weight transfer using the front brake, it needs enough to a lot force to the lever. Maybe it is not ment to be too powerfull.

· Registered
Joined 10 mo ago
·
18 Posts
2 weeks later and the rear brake is holding up really nice. It has actually become a bit stronger because I believe the rear pads where actually new because of the lack of brake force.

· Registered
2020 Dragster RR
Joined Jun 10, 2021
·
41 Posts
Glad to hear your modification has worked!
Reporting that my solution is having the same results. Two plus weeks and several rides with no soft/long lever.
Also I agree with you, seems the brake pads are working 😄
S

· Registered
Joined Jan 20, 2015
·
295 Posts
I wanted to provide info on dealing with my rear brake recently, it's something that was long overdue.

I implemented the recommended solution offered by several here of relocating the reservoir to under the rear seat. I simply reused my existing one and I realize that depending on the different models, some may have more space back there than others. Mine has almost zero to fully enclose that reservoir but I managed to get it to fit just barely and be able to get the seat the latch properly when down.

I went the cheapest route possible and purchased Gates heater hose #28408 which I found at O'reilly auto parts here in the US. You will need 5 feet, I know that sounds like a lot but trust me you'll need it. The main thing is that this is an EPDM hose and was cheap at $1.40/foot. This hose is thicker than the standard OEM brake hose you might be used to, which is a bit of a pain to get it to fit into tight spaces, but a couple of advantages are that it will not kink and will be very resistant to heat near the engine. The hose is 5/8" OD, so make sure to get some new clamps while you're there.

I routed mine the same way as the original brake line to the stock location of the reservoir, but after that I ran it on top of the ABS unit. I cut a notch into the plastic housing of the unit to let the hose run through once the fuel tank sits down on top. I also put some thick vinyl electrical tape onto the sides where I cut it just so that over time the plastic doesn't start cutting into the hose. Once you cut the notch out, you can then route it upward along the frame and use some ties to hold it into location on the side because when you fit the fairing over the frame there's actually plenty of room inside the fairing for the hose to fit.

After all that was done I followed the bleeding procedure from MV's service bulletin, all the air was from the caliper....go figure. Brake is hard as a rock now.

· Registered
Joined 10 mo ago
·
18 Posts
I've used the same hoose and new clamps, only difference is that I didn't use the reservoir, the longer hoose is holding more fluid than the reservoir in the original position. I just used a tap to close the hoose at the top. Next time you need to bleed, you just attach the reservoir

goozlo said:
I've used the same hoose and new clamps, only difference is that I didn't use the reservoir, the longer hoose is holding more fluid than the reservoir in the original position. I just used a tap to close the hoose at the top. Next time you need to bleed, you just attach the reservoir

Do you have a link to the part you used for the tap on your hose? I may give that a try for mine. 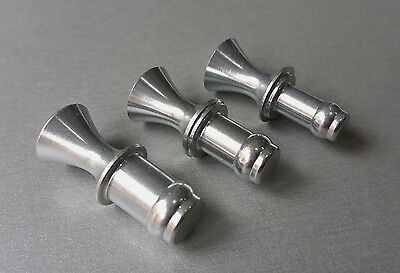 · Premium Member
Joined Jun 30, 2008
·
3,970 Posts
Risk Racing in the US sells plastic caps for the same tubing. I’ve been using them for a while. Emailing or calling them would be best. The above ones look nice.

· Registered
Joined 10 mo ago
·
18 Posts
So after a month rear brake has suddenly gone again completely. I was using the bike almost daily.
Strange is that I believe the brake went suddenly, it didn't look like getting softer every day.

goozlo said:
So after a month rear brake has suddenly gone again completely. I was using the bike almost daily.
Strange is that I believe the brake went suddenly, it didn't look like getting softer every day.
Click to expand...

Wish solution were you using? Something heavy in the brake lever ?

· Registered
Joined 10 mo ago
·
18 Posts
No I have removed the rear brake fluid reservoir and run a hoose next to the ABS unit.

Next I'm going to replace the copper washers with aluminium like someone suggested that worked for him.
281 - 300 of 315 Posts
About this Discussion
314 Replies
55 Participants
Last post:
Brutale76 12 d ago
MV Agusta Forum
A forum community dedicated to MV Agusta motorcycle owners and enthusiasts. Come join the discussion about troubleshooting, maintenance, performance, modifications, classifieds, and more!
Full Forum Listing
Explore Our Forums
F4 - 1st Gen. 1998-2009 General Talk and Media For Sale/Wanted - MV Related Items Only ! Brutale B4 Maintenance & Tech. Issues (All 4 Cyl. Models)