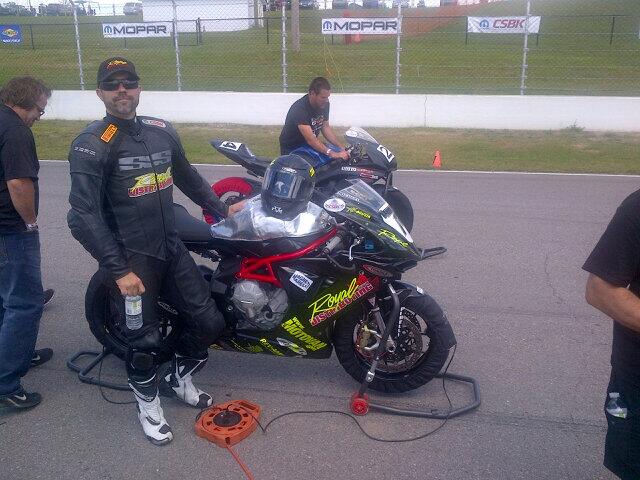 Sundays race saw Michael go from last to another sixth place finish. Although his lap times were better than Saturdays so were his competitors. On the plus side it must be noted that he was able to pass the slower riders quickly and dice for position. In the end he was only .5 of a second back of fifth place whereas on Saturday there was over a 6 second gap to fifth.
You also have to realize that Michael is running a bone stock engine with only the MV header, ECU and Hindle muffler to improve performance. The top runners, like Jodi Christie, have built motors.

One of Jodi's engines on John's bench getting the "stage 2" treatment.

A comment that Michael made to me on Saturday, (that many of us old racers already knew) was that of the nine different motorcycles hed raced the F3 is by-far the nearest to a race ready bike right out of the crate.

Just one round left in the Canadian National series.